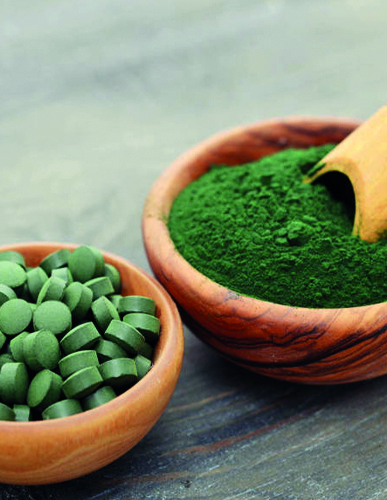 Some microalgae provide products with interesting applications in human nutrition.

These products are marketed worldwide as nutritional supplements, given their high nutritional value, presenting the highest amounts of proteins found in nature, as well as being the origin of omega-3 polyunsaturated fatty acids (and other healthy lipids), vitamins, carotenoids, antioxidants and other substances of great interest and benefit to human health. However, under the synonym of phytoplankton, microalgae are already being marketed in more gourmet environments and contexts, serving as a special ingredient to some of the world's most successful chefs, including Spaniards Martín Berasategui and Ángel Leon.

AlgaEnergy collaborates (with R&D projects, in which it participates or leads in nutrition, with internationally known food industry companies. Moreover, already in the market are foods that have microalgae cultivated by AlgaEnergy as a functional ingredient.

Microalgae are also the origin of dyes and other natural extracts. Phycocyanin is a phycobiliprotein of an intense blue color produced by some microalgae. It is a protein present on the outer surface of the cyanobacterial thylakoid membrane. It can be extracted for use as a natural dye. In fact, it is the only 100% natural blue dye usable in the food industry. This dye also has therapeutic, antioxidant, antifungal and antiviral properties. Therefore its potential application expands to many industries, including nutrition and cosmetics.

Do you have any questions?

If you are interested in our products, need more information or need some clarification, do not hesitate to contact us without any commitment.