28 April, 2017
The Conference took place on April the 27th and brought together more than 100 international experts in this field of knowledge 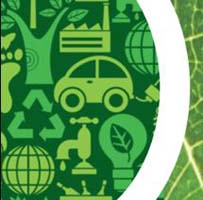 AlgaEnergy has been present at the “2nd Biobased Economy Conference” in Potsdam (Germany, 27th of April), during which the company has introduced the project INTERCOME ("International Commercialization of innovative products based on MicroalgaE") to more than 100 international experts. INTERCOME is a project co-funded by the European Commission through the SME Instrument Phase 2 Program, within the H2020 frame.

Carlos Rodríguez-Villa, CEO of AlgaEnergy, mentions that “it is a great pleasure to have been invited to such distinctive event by the EU-funded Watify Initiative,and continue demonstrating both the potential benefits of microalgae and the projection of our company, as well as consolidating ourselves as an international testimony and reference of the outstanding talent that exists in Spain, particularly in this field of science and knowledge.”

During the day in which the event was held, AlgaEnergy had a stand at its disposal approached by most of the attendees of the event, who were interested in the innovative production system of the company, which allows AlgaEnergy to generate products of very high quality for sectors such as agriculture, aquaculture, nutrition or cosmetics –amongst others-, while avoiding the emission of CO2 to the atmosphere. The world's largest example of this innovative technology is to be found in the Spanish city of Arcos de la Frontera (Cadiz), where one of Europe's largest combined cycle plants (owned by Iberdrola, shareholder and technological partner of AlgaEnergy) supplies CO2 to the company’s microalgae cultures.

For further information about AlgaEnergy and its INTERCOME Project, please visit www.intercome.eu.

About the “2nd Biobased Economy Conference” at Postdam

A biobased economy is perceived as a major topic and is promoted as a smart specialization strategy for companies and even whole regions. It consists in maximum exploitation of raw materials and value out of waste, intermediates and biobased products.

During the "2nd Biobased Economy Conference" in Potsdam the overall objective has been to bring its participants together in a cross-sectoral approach in order to increase their ability to innovate, to use resources more efficiently and to compete with biobased processes and products.

The biotechnology company has been awarded by the Ministry of Agriculture, Livestock, Fisheries and Sustainable Development in the category of Circular Economy.

The biotechnology company will attend this international benchmark fair in the fruit and vegetable sector for the sixth time in a row. This year it will be online.