AlgaEnergy included in the ‘Ones to Watch’ list, as one of Europe’s best companies

AlgaEnergy has been included in the ‘Ones to Watch’ list, a selection of Europe’s best companies in terms of business excellence, published by the European Business Awards.

AlgaEnergy has been included in the ‘Ones to Watch’ list, a selection of Europe’s best companies in terms of business excellence, published by the 'European Business Awards'. 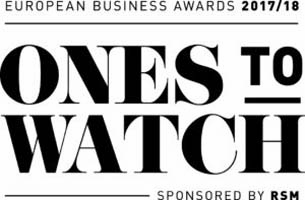 AlgaEnergy has been selected as one of the top companies in Europe and included in the ‘Ones to Watch’ list by the European Business Awards, and has been nominated to receive the distinguished “Innovation Award”.

The nomination highlighted some of the innovations developed by AlgaEnergy that allowed the company to successfully launch microalgae based products in different markets, such as AgriAlgae® -the agricultural biostimulant-, as well as the company's projection and its relevance to develop a strategic sector for Europe. In this scope, AlgaEnergy is in fact the only known microalgae company in the world with presence across the whole value chain, from state of the art genetic engineering (for biofuels exclusively) to culturing technologies and extraction processes. Furthermore, in environmental terms, it is the only company in the world eliminating real flue gas emissions (CO2) from other industries, using it as the main nutrient to grow its microalgae, in an example of the kind of circular economy Europe’s future has to be based on.

'European Business Awards' is the largest cross-sector business competition and one of Europe’s most distinguished recognitions, which seeks to exemplify and reward the business excellence across Europe. Carlos Rodríguez-Villa, AlgaEnergy’s General Manager, highlighted the importance of this nomination and notes that “this relevant international recognition is an honour, and moreover, it provides support and visibility to an innovative Company that is boosting its internationalization phase”.

The biotechnology company has been awarded by the Ministry of Agriculture, Livestock, Fisheries and Sustainable Development in the category of Circular Economy.

The biotechnology company will attend this international benchmark fair in the fruit and vegetable sector for the sixth time in a row. This year it will be online.